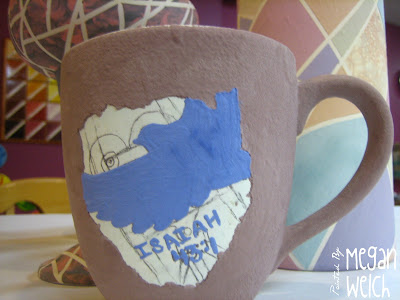 I miss painting. I need to do it more. Painting birthday gifts today was a nice way to be inspired and relax.

This has been a week of decisions for me, all spurred by an exercise in spiritual disciplines by my life group. I started concentrating on prayer last week, and that lead to me remembering to talk to God through my day and working on the position of my heart. By the time I made it to church on Sunday the sermon resonated with me. God is good.

One thing that really began to resonate with me is that I’m focusing on the wrong things. To use the lingo of my church, I have been holding onto my film with a closed fist; it’s made me sad, bitter and upset at everything that’s transpired – work going bad, getting rejected by festivals, and the state of my life in general. So this weekend I began to pray.

I’ve been praying that I would leave the path that I have placed myself on and get back on God’s path. That created a huge peace in me. I still don’t like my job, I’m still upset END is sitting in a DVD case instead of being on screen, but I know things can change.

I’ve started to remember that part of why I made END even beyond my love of film, is that I don’t want to be in customer service for the rest of my life. I love movies. I want to make them. Desk life is not for me.

So now I’m thinking. If I was able to pull off an entire feature film, start to finish in one year then I have to be able, with God, to figure out the next step. The next step probably consists of a lot of things – getting an agent, thinking about self-distribution, trying to sell end to distributors…and a hundred other things that I don’t even know to research yet. 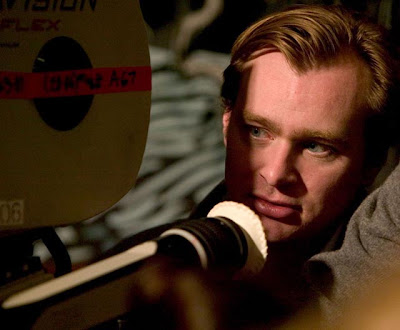 Someone recently asked me what my dream job is. As of today I have an answer.

Working under Christopher Nolan to direct the next Superman film. God that would be a dream come true.

The person that gets this job had better appreciate it and produce one heck of a film about the boy in blue. 2009 Academy Awards: Best Actress winner Kate Winslet
Originally uploaded by USA TODAY
I’ve always described The Oscars as my Super Bowl. It’s exciting for me, I have to watch the pre-show, I have to know about the films and I settle in and normally do dinner and the show. For a few years I’ve even been to Oscar parties that heavily resemble football parties. When Martin Scorcese won his best directing Oscar my friends and I screamed so loud you would have thought the quarterback just threw the game ending pass – the neighbors even complained about how loud we screamed.

I constantly wait through awards season leading up to The Oscars watching who gets nominated for other awards, who wins, what new films are on the horizon, etc. I watch it all with a fanaticism and anticipation for what’s coming next, guessing the whole time what films and people will make it into the Oscar race. In the past I’ve felt a little strange about this because most people around me have no idea who was even nominated for the SAG, PGA or DGA Awards, or why certain people would be favored at the Globes, or what the heck the ISA’s are – so they look at me a bit strangely and I took it to heart for awhile, wondering why I get so excited about these silly awards shows. As a girl so many people would simply accuse me of wanting to see the red carpet spectacle, but that’s not really it.

Finally, a friend said something that made it all click for me. If The Oscars are like be Super Bowl, awards season is like my play-off’s. Only for me it’s even more exciting because there are far more teams and variables than in any sport I can think of. There’s politics, bodies of work, box office, critical response, the possibility that one nomination could cancel another out, etc. It’s fun.

I still believe that at the end of the day judging one film against another is a futile attempt to quantify art in a way it can’t be measured, but I don’t think there is any harm in it. Good work should be rewarded, and watching the process is really fun. Day 30: January 30, 2010
Originally uploaded by mrbosslady
Tomorrow is my birthday and I will oficially be one year older. I am quite excited about that. I've got to hope that every birthday moves me a little closer to my goals, God willing.

I don't make New Year's resolutions, but I did make a decision that could be construed as one this year. I think of a panel at Comic-Con by Joss Whedon and he told the audience that he felt like he just hadn't entertained us enough lately and wanted to do more; he then went on to make Dr. Horrible, Dollhouse, etc. starting the following year. Well I have that feeling, like I just haven't entertained people enough lately, I haven't been using my craft.

I don't have the money or equipment to start putting out viral videos every week, or continously shoot movies, but what I can do is show what of my world I can and be a little creative every day. So I started a 365 project again. I'm taking one picture every day for the whole year. I kicked off the project on the first of January and won't end it until New Year's rings in next January. I have done a 365 or two in the past so I am looking to be a bit more creative with this one and hopefully not only entertain any one who checks it out on flickr, but refine my ability to use images to convey a message or a story.

Now let's be honest, taking a picture a day will mean not every picture is going to get knocked out of the park, but it does mean I have a lot of chances to try things and I intend to.

If you are interested in viewing my project please view my photostream at Flickr.com/mrbosslady.

Here's to a new year, a birthday, and getting closer to directing!