Originally uploaded by la.furia
One line in tonight's Big Bang Theory reminded me how geeky I actually am:
"He didn't date, it was Pon Farr.
I really am a bigger geek than I think I am.

Now Johnny Galecki, I want to cast you in a very specific role someday. It would surprise people, but I think you could pull it off...

Evil Experiment
Originally uploaded by Annie Southwell
Something you should never do when you’re having one of those days that you’re doubting your talent? Read the bios of other young directors. I shouldn’t have done that. Now I feel underqualified in more ways than before. B-Tank & Blue Sky
Originally uploaded by mrbosslady
I’m having flashbacks to being a page at Paramount.

There was one audience show, that was in an old, giant stage on the RKO side of the lot. Needless to say in a stage that big, the AC was either off or on full blast – with all the lights and bodies in the stage there was really no in between.

As a page I would arrive just before seven in the morning to a beautifully quiet lot, and after taking all of that in march into the stage to be met with a freezing blast of air – one that I would be in for about six hours. The pages started wearing gloves, scarves, and thermals to survive as our job more than anything was to stand in one place and corral the audience, so we didn’t really have a chance to work up some body heat.

My office feels like that right now, only without the excuse of being ancient and huge. And I don’t have a long sleeve button down, tie and wool blazer to assist me.

Sometimes I miss being a page. Like a good book...fairytale
Originally uploaded by Honey Pie!
I’ve been going through a kind of self-contained, internal crisis lately. All I’ve ever wanted to do it become a director and make movies that make people marvel.

Lately, it seems like everything I’ve tried has dialed and I’ve been getting more and more depressed about the state of my talent and the state of the independent film market. I’ve felt like I can’t get ahead and that I shouldn’t even try. I’ve been praying madly about what to do because I can’t figure out the next step.

I have not yet completely figured out what God is telling me, but I got a small glimmer of hope yesterday, a glimmer that’s told me that perhaps I am on the right path and I just need to keep pushing and striving towards the end goal.

I submitted END to a film festival in LA, and while I didn’t get in I received an e-mail from them yesterday with positive feedback on the film saying that they loved the philosophical and hopeful themes that run through it and loved the ending.

For the moment at least that’s given me the positive push I need to think about the future. I still need to figure out the next step for END and for me. Christopher and I have many more movies in us, and the thought of making them on my own is exhausting, but I will not rule out anything God has planned for me. I just need to be able to discern what He has planned and what the next step is. 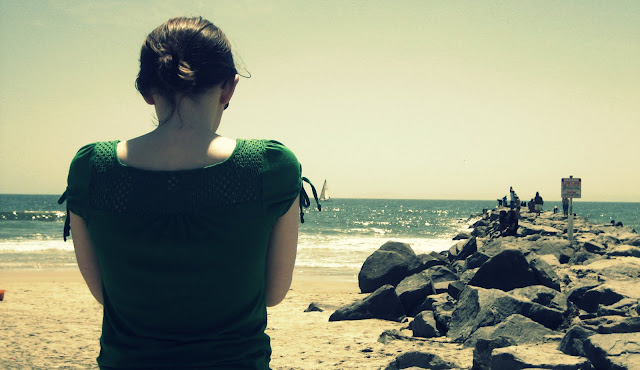 I need God's help to figure out what the next step is.